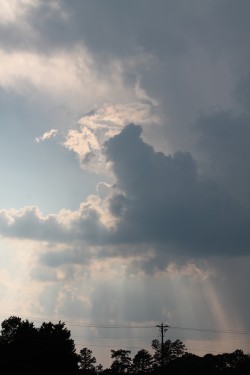 I had so much fun looking up other resurrections from the dead that occurred in the Bible in preparation for this year’s Easter post. Enjoy them with me before we conclude with the answer to the all important question at the top of this post: How is the resurrection of Jesus Christ different than all other resurrections?

1. The Widow of Zarephath’s son

1 Kings 17:21-22: And he [Elijah] stretched himself upon the child three times, and cried unto the Lord, and said, “O Lord my God, I pray thee, let this child’s soul come into him again”. And the Lord heard the voice of Elijah; and the soul of the child came into him again, and he revived.

2 Kings 4:34-37: Then he [Elisha] got up again and walked once back and forth in the house, and went up and stretched himself upon him. The child sneezed seven times, and the child opened his eyes. Then he summoned Gehazi and said, “Call this Shunammite.” So he called her. And when she came to him, he said, “Pick up your son.” She came and fell at his feet, bowing to the ground. Then she picked up her son and went out.

2 Kings 13:20-21: As they were burying a man, behold, they saw a marauding band; and they cast the man into the grave of Elisha. And when the man touched the bones of Elisha he revived and stood up on his feet. 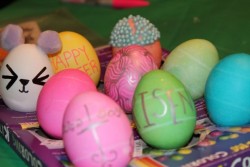 Luke 7:12-15: When the Lord saw her, He felt compassion for her, and said to her, “Do not weep.” And He came up and touched the coffin; and the bearers came to a halt. And He said, “Young man, I say to you, arise!” The dead man sat up and began to speak. And Jesus gave him back to his mother.

Matthew 5:41-42: Taking the child by the hand, He said to her, “Talitha kum!” (which translated means, “Little girl, I say to you, get up!”). Immediately the girl got up and began to walk, for she was twelve years old. And immediately they were completely astounded.

John 11:43-44: After Jesus had said this, He called out in a loud voice, “Lazarus, come out!” The man who had been dead came out with his hands and feet bound in strips of linen, and his face wrapped in a cloth.

Acts 9:39-41: Then Peter sent them all out of the room. He knelt down and prayed, and turning toward her body, he said, “Tabitha, get up!” She opened her eyes, and seeing Peter, she sat up. Peter took her by the hand and helped her up. Then he called the saints and widows and presented her to them alive. 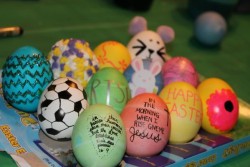 Acts 20:8-12: When he was sound asleep, he fell from the third story and was picked up dead. But Paul went down, threw himself on the young man, and embraced him. “Do not be alarmed!” he said. “He is still alive!” Then Paul went back upstairs, broke bread, and ate. After speaking until daybreak, he departed. And the people were greatly relieved to take the boy home alive.

(Drum roll) Each of the examples in the list above were resurrections unto death. In other words,

Each person ended up dying again.

But Jesus was resurrected to life eternal.

Yesterday’s post HERE was about the resurrections of saints in Jerusalem. Though some scholars believe these saints died a natural death again, or at least some may have, most believe these saints rose from the dead to eternal life. In this way they provided instant physical evidence to the watching world that Christ’s resurrection leads to complete victory over the curse of death. 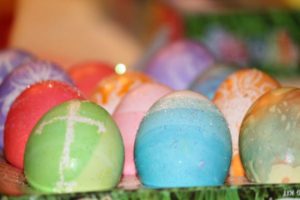 Matthew 27:50-53: And Jesus cried out again with a loud voice, and yielded up His spirit. And behold, the veil of the temple was torn in two from top to bottom; and the earth shook and the rocks were split. The tombs were opened, and many bodies of the saints who had fallen asleep were raised; and coming out of the tombs after His resurrection they entered the holy city and appeared to many.

If these saints also rose to eternal life like Jesus did, then a second question arises:

(Drum roll) The saints resurrected to live eternally as part of the body of Christ. whereas Jesus rose as God the Son to be seated at the right hand of God the Father, where He now reigns over all creation as the head of the Body of Christ, the church, His bride, of which the resurrected saints in Jerusalem are a part.

And God placed all things under his feet and appointed him to be head over everything for the church… Ephesians 1:22

The resurrection of Jesus Christ stands unique in history. It proves Jesus has power over death, our faith in heaven is not in vain, and He is in charge over everything pertaining to our lives.

Picture Explanation: May the miracle of the resurrection and the hope of new life and transformation in Jesus never leave our hearts.

Also, quite by accident yesterday, I noticed that I have published 299 posts, which means this is post #300 on Easter morning 2020. I could not have picked a better week to pass this milestone, and it happened without planning. Praise God for all I have learned, for how much this weekly practice keeps me focused on things above, not on things on earth (Colossians 3:2-3), and for any good at all this space has been used to advance the kingdom of God. Nearing 6 years. All to Him. 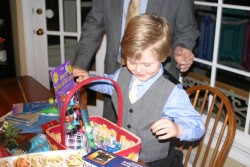