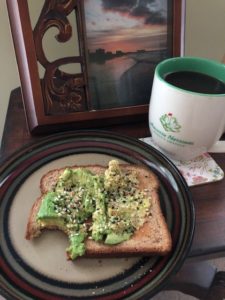 I feel trapped a lot. Are you feeling trapped too? Maybe it’s just my personality, or perhaps the lure of the world’s definition of success, but I have dreams of doing great things for God, my family, my neighborhood and the world. Yet most days I am found throwing in a load of laundry, wiping the kitchen counters, dropping the youngest child off to school, writing and speaking for small events, and heading to work.

My small life doesn’t seem to match my large dreams.

I know I am not alone. I recently read about Peter’s escape from prison in Acts 12:6b-10.

Peter was sleeping between two soldiers, bound with two chains, and sentries before the door were guarding the prison. (6b)

God came and God him out.

And behold, an angel of the Lord stood next to him, and a light shone in the cell. (7a) He struck Peter on the said and woke him, saying, “Get up quickly.” And the chains feel off his hands. (7b)

Peter could not have done anything to rescue himself until God intervened.

And the angel said to him, “Dress yourself and put on your sandals.” And he did so. And he said to him, “Wrap your cloak around you and follow me.” (8a)

Peter was asked to do very doable things. 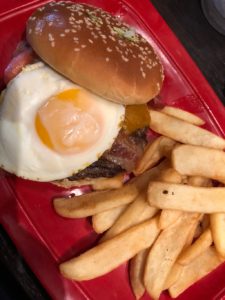 When God showed up, Peter only had to follow, something very doable. Throughout Scripture, I only see God asking people to do what is doable prior to God producing the miracle.

And he [Peter] went out and followed him. He did not know that what was being done by the angel was real, but thought he was seeing a vision. (9)

The doable things must be done to get the miracle.

When they had passed the first and the second guard, they came to the iron gate leading into the city. It opened for them of its own accord, and they went out and went along one street, and immediately the angel left him. (10-11)

Peter never would have gotten to the street unless he first stood up in the prison cell between those two guards and started taking steps.

God took care of every obstacle in response to Peter standing up.

I turned this passage of Scripture into a prayer the day I read it. If you are feeling trapped, I thought you might want to do the same:

Dear Father, I feel as imprisoned as Peter in my circumstances (name them). Come wake me up while I am bound in chains. Give me the faith to stand up, then let me pass the first and second guard. When I get to the iron gate, let it open on its own accord. Let me go out and be found walking unbound along the street before you leave. Amen.

Picture Explanation: I have settled into a routine of having avocado toast every morning sprinkled with either “everything but the bagel” seasoning or fresh cracked pepper with a cup of coffee. As for the burger topped with a sunny-side-up egg, every year I receive a coupon from Red Robin for a free burger during my birthday month. This is it, my favorite burger of all burgers. It never disappoints.