Your messy past has not messed up your future.

If you have a messy past, doesn’t matter. BECAUSE of your past, you are specially prepared for the future God has planned for you. 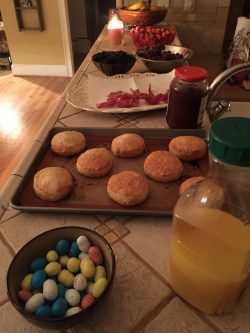 To me, though I am the very least of all the saints, this grace was given, to preach to the Gentiles the unsearchable riches of Christ. (Ephesians 3:9)

This is the kind of verse people skip over, but I have been chewing on it all week as evidence that God uses our pasts – no matter how messed up – to equip us for our future. Let’s look at this verse piece by piece. 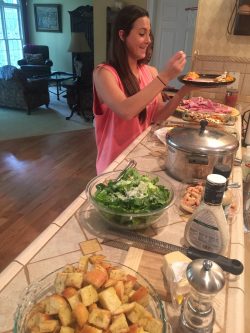 To me, though I am the very least of all the saints…

Paul (who was also called Saul) had persecuted and killed Christians. At the stoning of Stephen, the first documented martyr, “…the witnesses laid down their garments at the feet of a young man name Saul…And Saul approved of his execution.” (Acts 7:58, 8:1) The subtitle in my Bible for Acts 8:1-3 is entitled Saul Ravages the Church.

Jesus Himself came for Saul on the road to Damascus. Jesus called from the sky, “Saul, Saul, why are you persecuting me?…I am Jesus, whom you are persecuting.” (Acts 9:8,9)

Paul knew where he had come from. He knew he was the least deserving of all God’s children to now be named as one. He knew that nothing in him had been searching for Jesus. Instead, Jesus had searched for him. 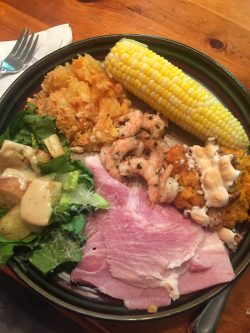 …this grace was given, to preach to the Gentiles…

Once Saul became a Christ follower and was referred to as Paul from Acts 13:9 onward, he proclaimed Christ to all people, both the Jews and Gentiles (non-Jewish). His message was unpopular, particularly to the Jewish nation. The idea of Jews no longer having exclusive rights on the God of Abraham, Isaac and Jacob was offensive to them.

So Paul was hated, chased and beaten. He was persecuted by others just as he had once persecuted.

Some might look at this as a form of punishment from God. Since Paul had persecuted Christians prior to his conversion he was then sentenced by God to a life of being persecuted because that is what he deserved.

Paul was forgiven for his past vile sins. What we see is not punishment, but rather God’s perfect sovereignty reigning over Paul’s life prior to conversion, connecting is vile past to his glorious future. Paul’s past was the perfect preparation for taking an unpopular gospel message to a hostile audience. 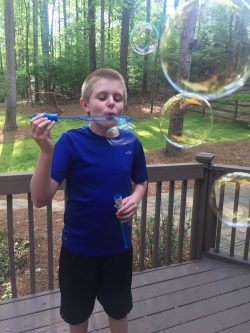 Paul was spared the mental battle many of us would have fought in order to stay the course. Yes, he had persecuted, so yes, he wasn’t going to fight God and say, “I don’t deserve this life. I have lived such a good life for you. Why are you doing this?” There were no such mental struggles BECAUSE of his past, not in spite of it.

Yes, Jesus came for him from a voice in the sky. Not many of us have such a dramatic conversion, but Paul did. More than most of us, he knew there was a spiritual realm as the real as the roads on which he walked. He knew experimentally what many of us believe in faith–that Jesus is right THERE. Eternity is safe and this life is nothing in length compared to eternity with Jesus. There was a courage to endure persecutions BECAUSE of his past.

Our pasts are not left behind as if they never happened. In God’s hands, our pasts–no matter how vile–are leveraged for His glory and good.

Is your past messy? Mine is too. Let God forgive each messy piece and then be prepared to watch Him forge a future for you that is possible BECAUSE of what you lived prior to knowing Him. 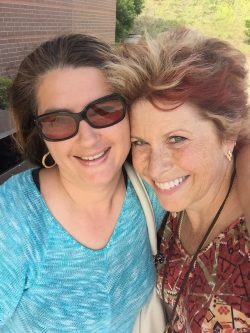 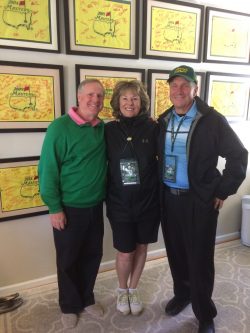 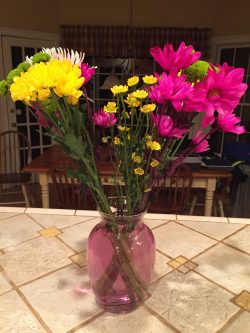 …the unsearchable riches of Christ. (Ephesians 3:8)

The riches of Christ are unsearchable. Walk out your front door today knowing you are rich in Him. Sometimes we get to know people so well we settle into a relationship of dull routine instead of excitement. Not so with Jesus. His riches are unsearchable. Go on a treasure hunt in Him. Invite Him to surprise you with something new about Him today. Do this every single day…and forever.

Yes, Paul was persecuted, but because of that past he was perfectly prepared to live a life of being persecuted. Your life isn’t segmented. In God’s hands, it is a cohesive whole. 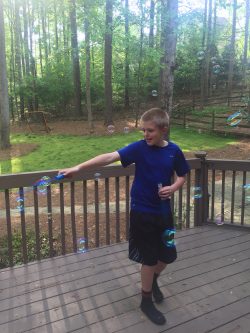 Picture Explanation:
An assortment of pictures and colors this week, all special. We had a great Easter celebration last week with great feasting and fun as a family. Friendship filled our April: my husband being treated to a trip to the Master’s for work and play, catching up with a girlfriend I haven’t seen in ten years, and flowers to brighten our home from a neighbor. We can’t do this life alone. Well, we can, but then we can’t do life as well and it’s certainly less fun.

And the orange print interspersed throughout? My man got hired by a company with an orange logo and we are really happy about that.