Inspiration for a Generosity Freely Lavished beyond Ability

Today I have the pleasure of introducing you to my guest this week, Heather Bock. She and I have become acquainted online as fellow bloggers, writers, educators and women passionate about bible study. A few weeks ago I was her guest on glimpsesofjesus.com. Today we cross paths as teachers with intense admiration and gratitude for our students.

I teach on a campus with a diverse student population. I often say, “The world is in my classroom.” Most of my students are juggling school and full-time work responsibilities while paying their own tuition bills. Many speak English as their second (or third) language. Heather teaches English as a second language to her students who sacrifice in many of the ways mine do.

Both of us are challenged by students who illustrate biblical principles without even knowing. Enjoy reading about how Heather’s students illustrate a level of generosity freely lavished beyond ability. 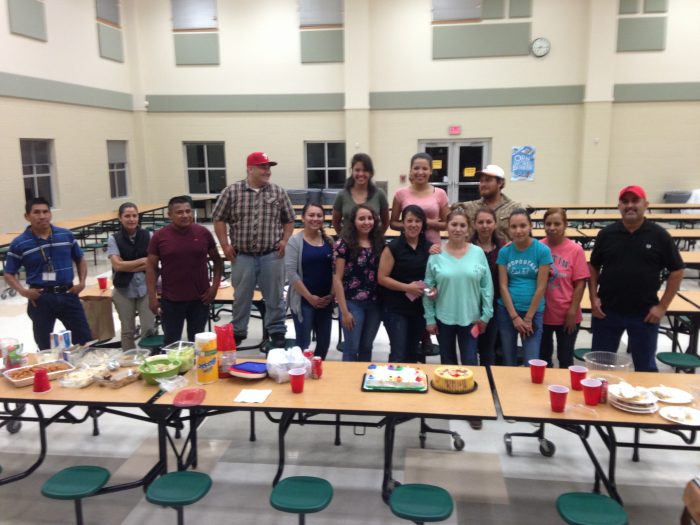 I teach three nights a week at a literacy council where adult students can come and take free English as a Second Language classes. I teach a class of 20 students originally from Mexico, hard-working students, many of whom work at physically demanding jobs during the day. They get off from work, maybe grab a snack, then head to my class, which doesn’t let out until 7:45 pm, when they can finally go home and get some real dinner. 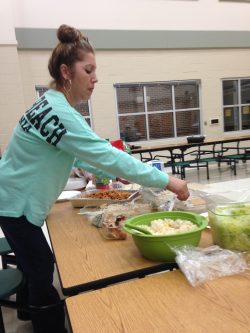 You’d think they’d be tired, finally sitting down after a long day. You’d think they’d be dozing off. Maybe they are tired, but they don’t show it. They listen and repeat, laughing, as I explain the difference between the phonograms “ai” and “ay.” They practice English conversations with each other about family relationships and grocery shopping. They manipulate sentences as they write, trying to remember whether to put the adverb of frequency before or after the verb and whether to put an “s” at the end of that verb or not. I circle the room, and they ask me question after question, having me check their work, making sure they’ve understood, that they’ve gotten it just right.

I am so inspired by these people. 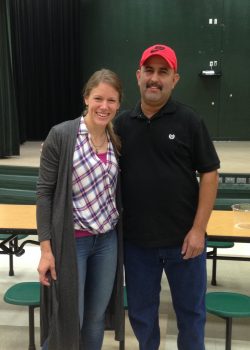 A few days after my birthday last October, I came to class to find some suspicious activity. Students had expectant, mischievous looks on their faces. Others walked right past my room before coming to class, holding items that didn’t belong in a classroom. Five minutes into my lesson, one stood and announced we were all going to the cafeteria. I let them lead me there, where I found a full Mexican potluck meal topped off with a tres leches cake. In front of it all was a large pile of presents filled with clothing, candy, jewelry, and other goodies. When we had eaten our fill, and it was time to go home, they helped me carry it all to my car, where they filled my trunk with all the leftover food and drinks. 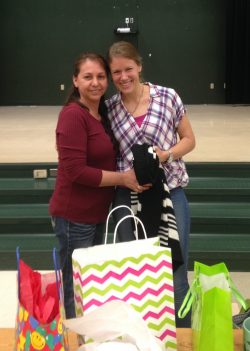 Christmas came around. All the ESL students were to have a Christmas party and once again bring food, but the students were supposed to go to their classes for a few minutes first. I had prepared small packets of homemade fudge for each of them. One by one, students came in carrying Christmas bags for me, filled with chocolate, lotions, soap, mugs, coffee, clothing, and even a food chopper. In comparison, my little fudge offering looked pretty pathetic. 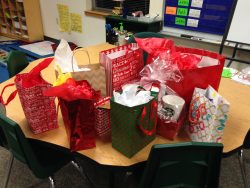 Valentine’s Day. Surely, they’ve given me enough, I thought. They won’t go all out this time. Oh yes, they did. They gave me a chocolate rose, a mug filled with candy, a shirt, a necklace, earrings, a bracelet, and lots more chocolate. They know I like chocolate. Once again, the little presents I had brought looked very meager: I had a mini cupcake for each of them.

What in the world? These students work hard for their money all day, and they work hard for me three nights a week. They don’t have time to be making homemade chicken enchiladas in addition to going shopping for me.

Generosity. I might be the teacher for these students, but it is they who are teaching me.

Paul said of the Macedonians what he could have said about my students, “For I testify that according to their ability, and beyond their ability, they gave of their own accord” (II Cor. 8:3).

What does the Bible teach us about generosity? 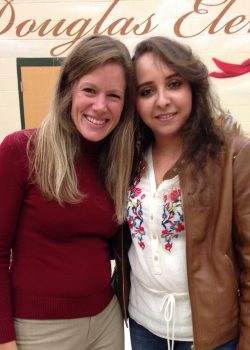 I believe this last one is key. From where does this joy arise, out of which generosity will easily flow? It doesn’t ultimately come from the inspiration of truly generous people, like the ones I described, although God can use them to encourage and inspire good works, as He did with the Macedonians. No, this joy originates as a fruit of the Holy Spirit. It also comes from knowledge of the generosity and grace our Father has lavished on us. We love with generosity because He first loved us. Just listen to the generosity of His love, a freely given love decided upon in His heart from before the world began:

“Blessed be the God and Father of our Lord Jesus Christ, who has blessed us with every spiritual blessing in the heavenly places in Christ, just as He chose us in Him before the foundation of the world, that we would be holy and blameless before Him. In love He predestined us to adoption as sons through Jesus Christ to Himself, according to the kind intention of His will, to the praise of the glory of His grace, which He freely bestowed on us in the Beloved. In Him we have redemption through His blood, the forgiveness of our trespasses, according to the riches of His grace which He lavished on us.” Ephesians 1:3-8

May we regularly examine all that God has lavished on us and lavish on others in return.

Have you been inspired by other people’s gifts? Have you been moved to mimic your Father in His generosity? If so, comment below–I would love to hear your stories!

Picture Explanation: Heather sent pictures of the generosity displayed toward her on Valentine’s Day. 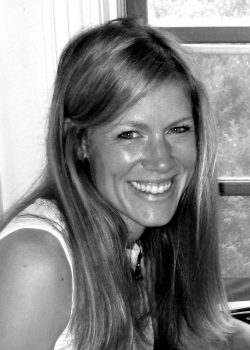 After growing up in California, attending college in Seattle, Washington, and living ten years in East Tennessee, Heather Bock is a new resident of East Texas. She has three kids that she homeschools, and she loves studying God’s Word, looking for new jewels each time. She’s written a Bible study called Glimpses of Jesus in Genesis filled with some of the riches God has helped her find. You can find more of her posts at www.glimpsesofjesus.com.