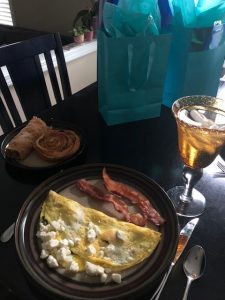 I have a friend who claims the best way to read the bible is in large chunks so we can see the big picture and catch patterns. I fell a little behind on my chronological bible reading this month and had to catch up this week. I thought of her as the word “except” jumped out at me all over the place!

Solomon showed his love for the Lord by walking according to the instructions given him by his father David, except that he offered sacrifices and burned incense on the high places. (1 Kings 3:3)

“A high place was a localized or regional worship center dedicated to a god. Worship at these local shrines often included making sacrifices, burning incense and holding feasts or festivals. Some of these high places contained altars, graven images and shrines. The Canaanites, Israel’s enemy who worshiped Baal as their chief deity, also used them.” Read more about high places HERE.

Other kings followed God, except:

And Jehoshaphat followed the ways of his father Asa and did not stray from them; he did what was right in the eyes of the Lord. The high places, however, were not removed, and the people still had not set their hearts on the God of their ancestors. (1 Kings 22:32-33)

Joash did what was right in the eyes of the Lord all the years Jehoiada the priest instructed him. The high places, however, were not removed; the people continued to offer sacrifices and burn incense there. (2 Kings 12:2)

He [Azariah] did what was right in the eyes of the Lord, just as his father Amaziah had done. The high places, however, were not removed; the people continued to offer sacrifices and burn incense there. (2 Kings 15:3)

He [Jotham] did what was right in the eyes of the Lord, just as his father Uzziah had done. The high places, however, were not removed; the people continued to offer sacrifices and burn incense there. (2 Kings 15:34-35) 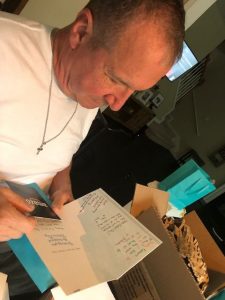 Question to ask the Lord:

Am I doing what is pleasing in the Lord’s eyes, except (fill in the blank)? Let each of us pray,

Oh Father, show me any place in my life where I am pleasing you, except! Is there any area of my life that I am leaving unattended and allowing something dark to grow? Search my heart. Shine a light into that space so I can address it immediately and obediently.

There are different uses of the word except that comfort me.

Comfort #1: 1 Kings 15:5 says, For David had done what was pleasing in the LORD’s sight and had obeyed the LORD’s commands throughout his life, except in the affair concerning Uriah the Hittite.

That was no small except! David had an affair with Bathsheba and had her honorable husband killed in battle as an attempted cover-up. Adultery and murder. Huge sins! Most people do not have both adultery and murder in their past, yet many would not be described a having obeyed the LORD’s commands throughout their life either. What is the difference with David? I don’t have it all figured out, but 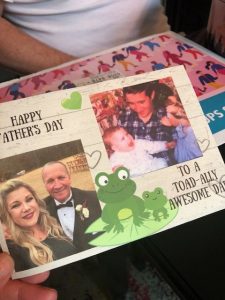 Notice something with me:

Unfortunately, I have this kind of except. I had a 7-year season of sin with distinct boundaries that I repented of and have not looked back yet. Though I regret those years terribly, and the consequences of those years on my life, I am comforted by the reality that I can still please the LORD with my life.

Comfort #2: When Uzziah was king, he had a terrible case of rage in the Lord’s temple when he burned incense on the altar, a privilege granted only to the priests (2 Chronicles 26:19). When his son Jotham became king, he followed his father’s example and did not remove the pagan shrines (as noted above), but Scripture also says: Jotham did what was pleasing in the LORD’s sight. He did everything his father, Uzziah had done except Jotham did not sin by entering the Temple of the LORD (2 Chronicles 27:2). 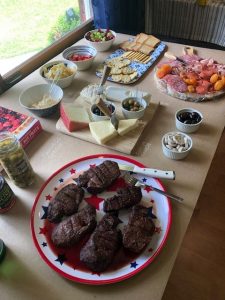 I am comforted that though Jotham wasn’t perfect, God still noticed a specific sin he hadn’t committed like his father. I think God notices a son, for example, who may struggle with angry responses passed along to him by his father, except the son seeks help and apologizes to his family for his outbursts, something his father did not do.

I think God sees every bit of victory in our lives.

There was a king who is described very differently. Scripture says there was no one like him among all the kings of Judah, either before or after his time.

Hezekiah lived a life of no exceptions.

He [Hezekiah] did what was pleasing in the LORD’s sight, just as his ancestor David had done. He removed the pagan shrines, smashed the sacred pillars, and cut down the Asherah pole. He broke up the bronze serpent that Moses had made, because the people of Israel had been offering sacrifices to it. The bronze serpent was called Nehushtan. (2 Kings 18:3-4)

When God answers our prayers to show us any excepts in our lives, we are to obliterate. We are to remove, smash, cut down, and break those areas up. We are to be a holy people, set apart from the world as a bright light. May there be no place in our lives where we are worshiping something else instead of God, whether that be a philosophy, hobby, person, productivity or ourselves.

I want to love nothing else except God. 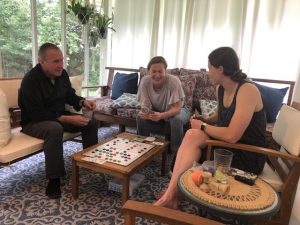 Picture Explanation: Last Sunday we celebrated this man. He has seven kids. Each night he needs to know everyone is home safe and the house is “locked up.” He needs us to say good-bye when we leave the house and slips us $20 bills regularly, even when the adult children leave from a visit. He provides and protects on many levels, and it was fun to celebrate him.