People think and speak badly about me. 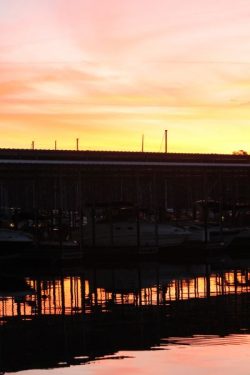 A string of observations that occurred recently all in one week made me realize people speak and think badly about me…and it’s made me all the more determined not to think or speak badly about anyone ever again!

#1 – I heard a group of students bashing a professor.

And then I realized…students have talked badly about me.

The professor had said one sentence that had an incorrect fact in it. Her PhD was being taunted. Her mistake was being ridiculed (as in, how could she not know that?). In all the years I have spent in the classroom, I have made many mistakes. Those mistakes have been heard. And those mistakes have been talked about. I had the evidence right before my very eyes.

#2 – I heard a person talk badly about someone who didn’t dress in “proper church attire.”

And then I realized…people have thought badly about my church attire. 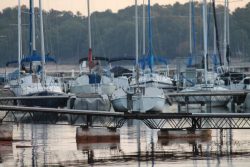 I have attended church in committed fashion for 45 years. Some of those years have included very rough seasons of life, the kind that knock the stuffing right out of you. I have awakened on some Sunday mornings wondering how I was going to roll out of bed. But this has always been my thought process when times were rough:

Lord, I can’t even breathe without you. I am going to demonstrate my need and love for You by going to church even though I don’t feel like it. Accept my attendance as evidence I am desperate for you and can’t make it through this without You.

On such Sundays, I don’t show up looking so great. Those would be my blue jeans, no make-up, swollen eyes Sundays. I had always considered those Sundays to be the most beautiful in God’s eyes though, because He knew my attendance was a sign of need and love for Him. But now I know the truth about what some people thought.

#3 – I heard a lady talk about how she has to clean her house before someone can stop by.

And then I realized…people have evaluated the cleanliness of my house when visiting. 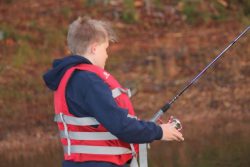 A mother found out I had told her daughter she could stop by my house any time without notice. I had told her daughter she could just knock. The mother did not thank me for that hospitable gesture, however, but rather remarked, “You must keep your house really clean.” The mom’s comment struck me as odd. What did a clean house have to do with letting another person know she could knock on my door if she needed me or wanted to spend time with me? The mother’s response served as a fresh reminder that some people evaluate the cleanliness of my home when visiting me.

I am old enough now to know. What other people do, I do too.

Yes, it’s true. I too am guilty of everything that was done to me.

And this makes me sick to my stomach. 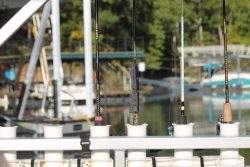 In these days when issues about judging others fill our conversation, particularly about race, gender and sexual orientation, a common pitfall is just inches away from our feet. Conversations about societal issues are usually broad-stroke and general instead of specific and detailed. It then becomes easy for us to examine ourselves in broad-stroke ways as well, and to only examine the categories media is determining for us instead of examining everything about ourselves.

Broad-stroke conversations about others can keep us from going through our own hearts with a fine-toothed comb and making sure there is nothing impure to be found.

Confession is all it takes to clean out those corners in our hearts, but without a good cleaning, we will miss the dust-balls in the corners that will keep us from living in full surrender to the King. 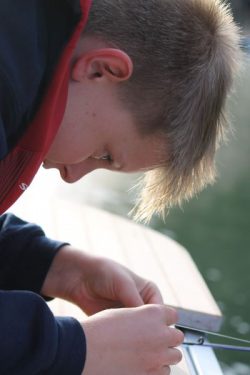 I have no interest in anything blocking the Spirit from being fully expressed through me.

When we see something ugly in someone else, let’s make sure that same ugly isn’t living in us.

When we find it (which we probably will), let’s take care of it immediately by confessing and repenting. I am in the heart-cleansing process with you.

Picture Explanation:
My son entered a fishing competition with some friends earlier this month. Four boys and two moms got up early and were on Lake Lanier with the captain of our boat. No fish. Instead, God’s beauty, an adventure, and a free fishing rod that has been used since to catch fish in our well-stocked neighborhood pond. Smiles all around.