Where was Jesus on this Saturday between Friday and Sunday?

This year I have been on a purposeful search to find the answer. I was surprised to learn that just like many struggle to fully explain Christ’s cry on the cross on Good Friday discussed yesterday (HERE), Bible scholars also disagree about where Jesus was today, or at least they admit they don’t confidently know. There is a large camp of bible believing scholars that believe He went to hell on our behalf and preached to demons, and another that believes the Son of God could not have gone to hell and instead went to “the place of the dead,” which is too much to address in a blog post. Therefore, I will feature an often overlooked portion of Scripture today that only appears in the gospel of Matthew. 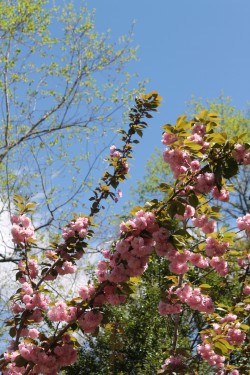 Christ’s grave was closed, but others opened.

After Jesus cried out in a loud voice and yielded up his spirit,

Perhaps we don’t hear much about these resurrected saints because only one gospel mentions it, throwing a hint of distrust on this account, as some scholars note. But it is mentioned, and I like the comment in Matthew Henry’s Concise Commentary: The graves were opened, and many bodies of saints which slept, arose. To whom they appeared, in what manner, and how they disappeared, we are not told; and we must not desire to be wise above what is written. So again, like yesterday, the answers to our questions aren’t complete but we can come up with plausible interpretations within the context of all of Scripture. 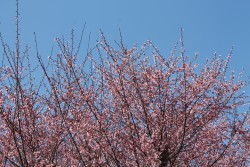 I don’t have the room to share all I learned about these few verses, but apparently, the main purpose of the earthquake was to break open the stone tombs of Old Testament saints who had died, providing an instant visual that Jesus had victory over death. I wish I had heard more sermons about this.

At first reading, the way Matthew writes the account makes it sound like the dead rose immediately and either exited immediately or stayed in the tombs alive until the resurrection. Most scholars believe that just the graves were opened on Good Friday, but the bodies did not come alive until Jesus arose first. This interpretation fits better with the rest of Scripture where we are told in many places that “the Prince of Life … should be the First that should rise from the dead” (Ac 26:23; 1Co 15:20, 23; Col 1:18; Re 1:5). (See more detail in commentary explanations like THIS one.) Also, since the graves split open on a Friday afternoon, the Jews would not have labored on their Saturday Sabbath to cover the tombs up again, so open graves remained undisturbed until Christ was resurrected early in the morning on the third day. 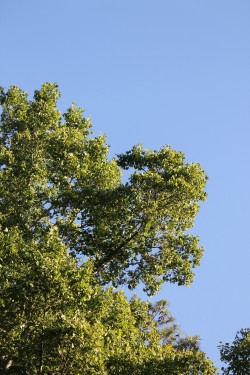 Did they die again?

The brevity of Matthew’s account also leaves us to wonder if the individuals died a natural death again after being resurrected. This is an unanswered question, but most scholars surmise that these particular risen saints never died again, but rose to eternal life on this Easter weekend like Jesus did, illustrating victory over death.

With the context I have just provided, read these miraculous words again:

The earth shook, the rocks split and the tombs broke open. The bodies of many holy people who had died were raised to life.They came out of the tombs after Jesus’ resurrection and went into the holy city and appeared to many people. (Matthew 27: 51-53)

No wonder in the very next verse, When the centurion and those with him who were guarding Jesus saw the earthquake and all that had happened, they were terrified, and exclaimed, “Surely he was the Son of God!” (Matthew 27:54)

The beauty of scattered open graves

I am smiling as I imagine many tombs laying open today, scattering the landscape with the illustration that in Christ, there is no more death because of the greatest resurrection of all…

I have spent many years contemplating where Jesus spent the Saturday between Friday and Sunday morning. I also once blogged about it HERE.