Summer Refreshment Series – Why did Jesus have to die? 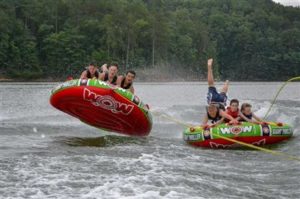 Summer Refreshment Series* – Live ABOVE the Chaos – Why did Jesus have to die?

Christians tell people, “Jesus died for you” and we expect them to jump up and down excitedly at the news. However, many people don’t even know why He had to die, so the news falls flat. Others think a God who sent His Son to die might not be a loving God after all. After all, who would do that to their son? Last week’s post HERE got us thinking about the severity of sin in light of God’s holiness. The post was a gentle challenge to the mindset that sin is no big deal. This week, we address why a loving God sent His Son to die. Join me in an excerpt from Live ABOVE the Chaos to discuss this issue.

When our daughter was young, she was gripped by a fear of roller-coasters. Our family could never ride roller-coasters together. One parent would ride with one child, and the other parent would stay on the ground with our fearful child to watch and wait for the ride to be over. Then one amazing day, she faced her fear, made it through a long line without turning back, climbed into a snug roller-coaster cart, kept the lap bar down, and let the ride take her where it wished. She has since become a roller-coaster maniac. 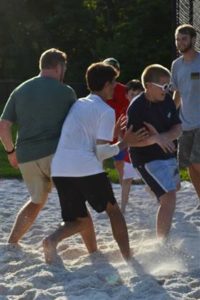 Fear can only be conquered when a person faces the fear head-on and wins over that fear. It’s the same with a curse. A curse cannot be broken unless someone faces it and beats it. In the case of the curse of death faced by Adam and his descendants, someone actually needed to die in order for it to be broken. Death needed to be exchanged for life. Jesus could not crush the power of death by writing a mandate from a heavenly desk. He had to face death on our behalf and conquer it, which He most certainly did when He rose from the dead! Because Jesus followed the natural course of events needed to break the power of death, we now have assurance that indeed at the end of earth’s history “There will be no more death …” (Revelation 21:4) and “No longer will there be any curse …” (Revelation 22:3).

God sacrificed His Son because

Jesus Christ was truly the only man for the job. 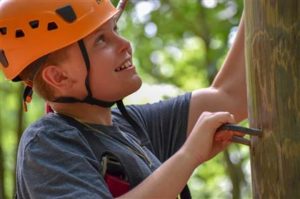 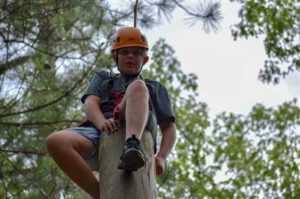 How can I properly thank the people who create camps where my son can enjoy the great outdoors and learn about Jesus all in the same week? How can I properly thank the young counselors who could be working a job this summer that pays more money, requires them to wear clean clothes, allows them to interact with their peers more than kids, and lets them go home at night to a soft bed in a quiet home?

I can’t thank them. I can only thank God for them.