Summer Snippet 6: Bullies in the neighborhood 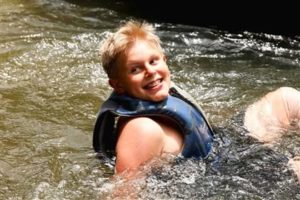 My son has had a Minecraft account for about five years. During that time he has started to build 12-15 worlds. Some were never developed much, but others have been built up quite extensively.

One Sunday night a few weeks ago he left his Minecraft account open for about an hour while he packed for a week at camp.

We only have one screen in our home, so his game was pulled up on our living room television set. We all heard an odd sound and returned to the living room to find out some other gamers had destroyed all but a few of his worlds.

We caught the “burglars” in the act.

The gamers were actively pouring lava over some of my son’s well-developed buildings, so my son jumped in to say, “Hey, what are you doing?”

The culprits quickly vanished, but the damage had been done. 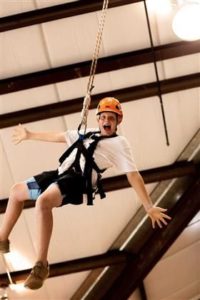 Five years of work were gone. Poof. He hadn’t left his game open to the public, but rather to a group of people he had granted permission to enter his worlds for collaborative purposes. The account came from a house in our neighborhood.

And there you have it, a universal principle: It takes a lot of time to build and very little time to destroy.

This is true about absolutely everything.

I have an oak tree in my front yard that has taken 15 years to grow and a lightning bolt could split it open in seconds. I am in a marriage of over 25 years and I could destroy our marriage in one day if I chose to do so. A team of people worked hard to plan my home’s design, a developer invested in land and had our home built, yet fire could burn down our home in in 30 minutes.

It’s a law of life. No way around it.

Building something is difficult and slow. Tearing down is quick and easy.

The wise woman builds her house, but with her own hands the foolish one tears hers down. (Proverbs 14:1)

Let’s not destroy what has taken years to build.

Picture Explanation: Though the night before camp was difficult, the week at camp was great. 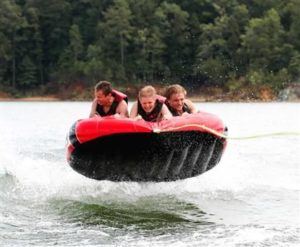