When did Mary get pregnant? 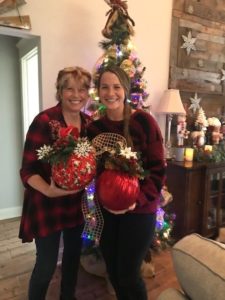 In last week’s post, a young woman named Mary, a virgin, received news that the Holy Spirit was going to come upon her and she was going to have a son. His name was to be, Jesus. He would be “great and be called the Son of the Most High.” The Lord God would “give Him the throne of His father David” and “His kingdom will never end!” (part of Luke 1:32-33). (Catch up HERE).

There she stood, knowing she would soon be pregnant.

Gabriel comforts her with news that she is not alone in having a very unique pregnancy. Her relative, Elizabeth, was also pregnant as a senior citizen.

What’s the first thing Mary did?

She did what any of us would do. She arose to go stay with Elizabeth for a while, the only other woman on earth who would understand what she was going through: In those days Mary arose and went with haste into the hill country, to a town in Judah, and she entered the house of Zechariah and greeted Elizabeth. (Luke 1:39-40)

I heard John Ensor with PassionLife speak about Mary’s visit to Elizabeth last December and have been waiting to share his insights with you this December. 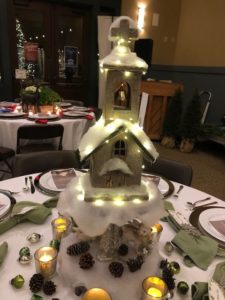 John pointed out that when Mary left Nazareth in haste, she was most likely not pregnant. The angel had said the Holy Spirit would come upon her (future tense), and it is assumed that she left within a few days after the angel visited her because Scripture says she left in haste. The distance from Nazareth to Judah was 75 miles, a journey of 3-5 days. At some point on the journey, the Holy Spirit came upon her, because when Mary greeted Elizabeth, the baby in Elizabeth’s womb leaped.

In those days Mary got ready and hurried to a town in the hill country of Judah, where she entered the home of Zechariah and greeted Elizabeth. When Elizabeth heard Mary’s greeting, the baby leaped in her womb, and Elizabeth was filled with the Holy Spirit. In a loud voice she exclaimed, “Blessed are you among women, and blessed is the fruit of your womb! And why am I so honored, that the mother of my Lord should come to me? For as soon as the sound of your greeting reached my ears, the baby in my womb leaped for joy. Blessed is she who has believed that the Lord’s word to her will be fulfilled.” (Luke 1:39-41)

Please notice. It wasn’t Mary’s greeting that was the cause of the baby leaping. Elizabeth’s baby leapt in recognition that the fruit of Mary’s womb had just entered the room, and He was the Lord. 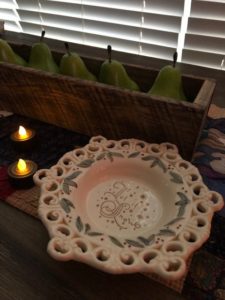 John’s message inspired me to think further. As miraculous this fact is, there’s more.

Elizabeth’s unborn child, John the Baptist, was at about six months gestation, but Mary’s unborn child (Jesus Christ) was only one week along. According to WebMd, in week one, “you’re not officially pregnant yet…Your uterus is thickening so it can house and feed your fertilized egg once it implants…You still have another 40 weeks to go!”

There is a miraculous time-frame between conception and the moment a woman finds out she is pregnant. During those few weeks, every baby is God’s special secret. Only He knows about each one. This thought adds insight to Psalm 139: 15-16: My frame was not hidden from You when I was made in secret, when I was woven together in the depths of the earth. Your eyes saw my unformed body; all my days were written in Your book and ordained for me before one of them came to be. (emphasis mine) 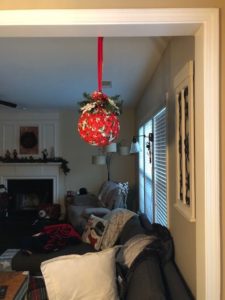 Returning to the scene we are considering today, Mary entered a home with an unformed baby in her womb, perhaps not even implanted yet, and it was recognized by an unborn baby in Elizabeth.

In this passage, an unborn child recognizes an unformed child.

Let this sink in this Christmas. God has little baby secrets all over the globe this Christmas season. His eyes see each unformed one until the day each mother finds out and lets the world know a baby is on the way. The due date is shared regularly in anticipation of baby’s arrival. In the same way, Jesus was a secret for a little while, until the whole world knew. And when the Christ child’s birth was announced, there wasn’t just one angel present. There were a multitude of heavenly hosts, praising God and saying,

Glory to God in the highest,

and on earth peace to men 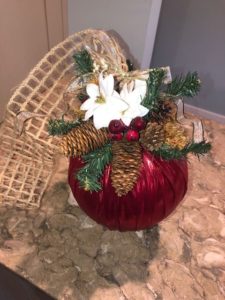 Picture Explanation: My daughter and I attended a Christmas craft party together. We made decorative balls and had fun hanging together with other ladies amidst fabric, ribbons, doo-dads and glue guns. Also, a friend invited me to her Christmas women’s event where she hosted a table and was in charge of the centerpiece and settings. Gorgeous results. Last, one of my dear friends gave me a “Let it Snow” plate that I treasure. It’s a favorite, like her friendship is to me.