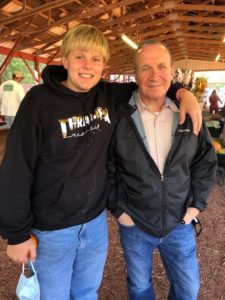 Sometimes students fight a low grade by saying, “But I worked so hard!” “Yes,” I think to myself, “but I am not grading your effort…

I am grading how well you met the criteria of the assignment.”

It is difficult to read the work of someone who clearly worked hard, but something from the instructions is left out. Perhaps three citations from the textbook were to be used, but none appear; or a personal illustration was to be used but only a vague analogy is offered; or a list of three is required but only a list of two appears.

In such cases, hard work ends up not meaning much.

I still think most people have “working hard” as part of the formula for obtaining eternal life,

but effort isn’t part of the rubric God has written for salvation.

For it is by grace you have been saved, through faith–and this is not from yourselves, it is the gift of God–not by works, so that no one can boast. (Ephesians 2:8-9)

To expound, our salvation is an undeserved gift (grace) that is received through faith in what Jesus did on the cross to pay for our sins. No part of our salvation is from ourselves. Salvation is a gift of God, not a result of anything we did. We will never be able to boast that we have eternal life because we played no part in acquiring it.

None of us do anything to earn our salvation. 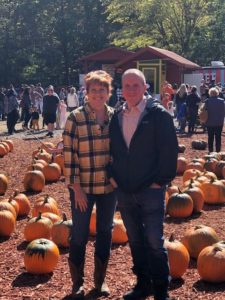 In Matthew 19:13-15, parents were bringing their children to have Jesus lay hands on them but the disciples scolded the parents. The assumption is that Jesus was too busy or too important to be bothered by children who bring no social networking benefit, no possessions, no financial gain, or any knowledge an adult would need. But Jesus said, “Let the children come to me and do not hinder them,

…for to such belongs the kingdom of heaven.”

Children trust. People can ruin that trust, but at the start, children give us their trust. They don’t roll out of bed in the morning worrying about whether they will be fed. They approach us without fear of being harmed, extending their arms because they expect us to extend ours. Children go anywhere with us because they trust us. They don’t know about “the bad parts of town” or the perils of city traffic. They just travel  along.

Trusting God is the path to salvation.

To be clear, by “God” I mean the God of three persons – God the Father, God the Son, and God the Spirit.

By God, I mean the God who sent Jesus. 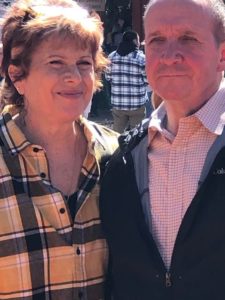 There was a time in my life that by God’s grace I realized I was not good enough to deserve heaven. When standing before a holy God who is the Creator of heaven and earth, my thoughts, words and actions fall short of His glory, and those “sins” need to be paid for because God is just. I don’t know why people think it is just to make a criminal pay for a crime but we resist the idea that a just God must also do the same.

We actually  think we don’t want a just God.

Really? No wrongs get paid for? We think we don’t want a holy God. Really? We want an imperfect God? We all agree we want a loving God, and we have one.

The one and only amazing God, who created heaven and earth, loved us enough to press through His holiness and justice to make a way to have a relationship with Him. He sent His Son to pay for our sin.

God did all the work. 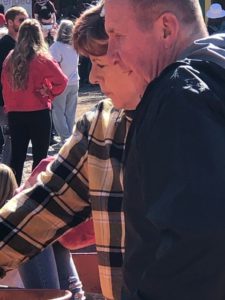 With hearts like trusting children, we let Christ’s death count for our sin. It’s like we are standing before a judge and the judge says, “You owe $300 for the traffic ticket,” then Jesus says to the judge, “I will pay the fine!” The just judge is also loving, so he says, “Absolutely, I will let Jesus pay your bill,” and we agree to let Him do so.

In reality, we deserve the death penalty.

Jesus has said to everyone, “I will die in your place” and God the judge allows the transfer (which would never happen on earth). Anyone who allows the death of Jesus to count for their sin becomes a child of God. 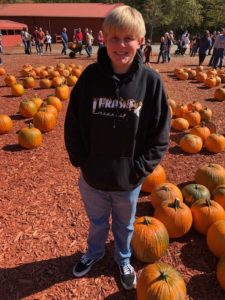 That “allowing” is what leads to salvation.

The world can laugh and scoff. The world can think we are naive and foolish. The world can say God’s plan is too easy because  hard work has to be involved. But with faith like that of a child, we trust God’s rubric, not ours.

How appropriate that we are then called “children” of God.

Picture Explanation: Our annual trek to the pumpkin farm.