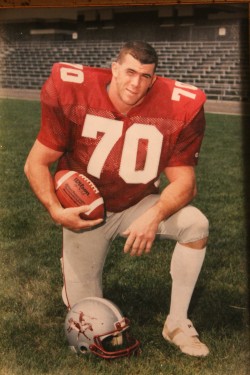 This week I just got in the mood for some Francis Chan and listened to several of his sermons online. One in particular stood out. He started by reading the entire chapters of Revelation 4 and 5. Instead of racing through, he took his time. He read. I listened.

I was reminded of how noisy the throne of God is:

Lightning and thunder: Surrounding the throne were twenty-four other thrones, and seated on them were twenty-four elders. They were dressed in white and had crowns of gold on their heads. From the throne came flashes of lightning, rumblings and peals of thunder. (Revelation 4:4-5)

The 24 elders speaking: …the twenty-four elders fall down before him who sits on the throne and worship him who lives for ever and ever. They lay their crowns before the throne and say: “You are worthy, our Lord and God, to receive glory and honor and power,for you created all things,and by your will they were created and have their being.” (Revelation 4:10-11) 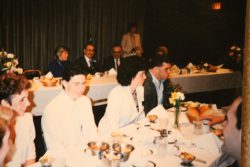 Over 100,000 loud angels: Then I looked and heard the voice of many angels, numbering thousands upon thousands, and ten thousand times ten thousand. They encircled the throne and the living creatures and the elders. In a loud voice they were saying: “Worthy is the Lamb, who was slain, to receive power and wealth and wisdom and strength and honor and glory and praise!” (Revelation 5:11-12)

Where are we in this heavenly scene?

Francis pointed our involvement in Revelation 5:8: And when he had taken it, the four living creatures and the twenty-four elders fell down before the Lamb. Each one had a harp and they were holding golden bowls full of incense, which are the prayers of God’s people.

Prayer is a miracle. 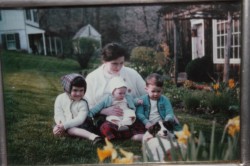 First, our prayers are somehow captured, held, kept and preserved in a way that becomes part of worshiping Jesus as He sits at the right hand of God.

Second, our human voices slice through the galaxies of singing stars and through angels shouting out, elders worshiping, and voices like thunder and reach God’s ear.

This week I called the administrator of my 401-K to ask about my account. At the end of the call I found out my voice had been recorded for voice recognition purposes in future calls, sparing me the litany of security questions. I was a bit weirded out by that, but God has our prayers handled in much the same way:

He has stored our prayers and He knows our voice as distinct from all others.

There is a pipeline between heaven and earth.

It’s built by Jesus Christ who bridged the gap between us and God.

It’s filled with our prayers.

Let’s live the miracle this week.

Picture Explanation: On October 18, 1986, my brother Dan was in a motorcycle accident that took his life. Our family went from a family of three kids around the dinner table to two. As I travel the highways of Georgia I always pay attention to the statistics of fatalities that are kept up-to-date in flashing lights on billboards that span across our lanes above the traffic. The number of motorcyclists involved in fatalities hovers around 12% of the total number of fatalities. I see such numbers very personally because of my brother. Each number represents a funeral and a grieving family whose lives were changed forever. Watch out for motorcycles, and if you ride one, please drive safely and wear a helmet.