How did Jesus stay silent when mocked? 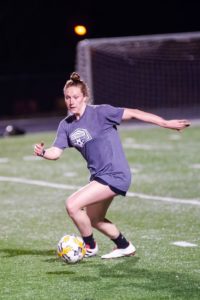 In this season of Lent, we continue our pondering of this verse, asking God for increased understanding leading up to Easter. Again we remember that our Savior’s last breath on earth occurred while He was hanging on a cross with His flesh shredded to pieces, His friends gone, and His enemies jeering.

What does it mean His enemies were jeering?

They dressed Him in a purple robe, and they wove a crown of thorns on his head. They they saluted him and taunted, “Hail! King of the Jews!” And they struck Him on the head with a reed stick, spit on him, and dropped to their knees in mock worship. When they were tired of mocking Him, they took off the purple road and put his own clothes on him again. They they led him away to be crucified. (Mark 15: 18-20 NLT) 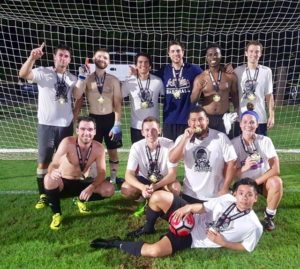 How did Jesus remain silent while being mocked like that?

Think about it for a moment. He was 100% God and 100% man. He had stopped storms, healed the sick, raised people from the dead, walked on water, and fed thousands with a few fish and loaves, yet He did not say a word as people hung a sign over his head, “Hail! King of the Jews!” There He stood with body torn, blood dripping down His face, looking anything like a King…but He was King.

Maybe the better question is why He remained silent. He allowed Himself to be crucified. Yes, He was obeying His Father in heaven, but this death was out of love for us. Jesus wanted our sins to be paid for so we could have a personal relationship with a holy God.

His silence was sheer love…so we would no longer have to pay for our sins….because He paid for us. 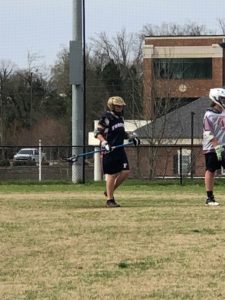 Jesus offers His very own death as payment for our sins so we don’t have to pay it ourselves. He offers it to every person in the world. Yet so may say no, deciding to pay for sin themselves with their own death, rather than allowing Jesus to pay and give us eternal life.

The more I ponder His decision to love us even when mistreated and mocked, the more I love Him back.

Picture Explanation: I thought our soccer days were over when our daughters graduated from college, but both are still playing co-ed soccer every week at 25. And we still have one at home that has us getting behind the wheel several times a week to head to lacrosse fields. Sports have played a positive role in our family.