I am not generous. 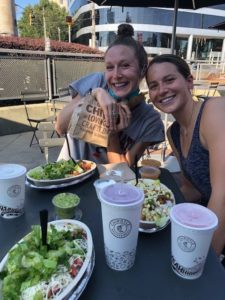 Anyone who knows me knows I give money to the poor, to projects, to kids raising money, and to Kingdom work. I have always tagged funds as “Jesus money” and been pretty faithful to use those funds with intention.

This summer our church group studied Jonah in The Prodigal Prophet, by Tim Keller. We took our time and chewed long and hard on each section. Keller challenges readers to love their neighbors as we are commanded to do, and analyzed the story of the good Samaritan

Jesus had just told a man to go love God and love his neighbor.

The man asked Jesus,  “Who is my neighbor?”

In reply Jesus told the story of the good Samaritan: “A man was going down from Jerusalem to Jericho, when he was attacked by robbers. They stripped him of his clothes, beat him and went away, leaving him half dead.

A priest passed by…

A Levite passed by…

But a Samaritan, as he traveled, came where the man was; and when he saw him, he took pity on him. He went to him and bandaged his wounds, pouring on oil and wine. Then he put the man on his own donkey, brought him to an inn and took care of him. The next day he took out two denarii and gave them to the innkeeper. ‘Look after him,’ he said, ‘and when I return, I will reimburse you for any extra expense you may have.’ 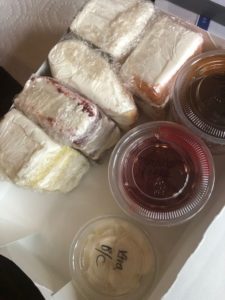 After telling the story, Jesus then asks the man,

“Which of these three do you think was a neighbor to the man who fell into the hands of robbers?”

The expert in the law replied, “The one who had mercy on him.”

Jesus told him, “Go and do likewise.”

Keller describes the Samaritan this way:

PLEASE DO NOT SKIP THIS OR SKIM:

He stops on the Jericho road to assist someone he does not know in spite of the self-evident peril of doing so; he gives of his own goods and money, freely, making no arrangements for reciprocation; in order to obtain care for this stranger, he enters an inn, itself a place of potential danger; and he even enters into an open-ended monetary relationship with the innkeeper, a relationship in which the chance of extortion is high.

And this is where I find out I am not generous.

I don’t come anywhere close to what this Samaritan did for this injured man. Help someone I was groomed to despise? An open-ended tab? To a person I can’t trust? For someone I don’t know? Risking extortion?

I don’t love my neighbor well enough yet.

Though I give money, and some would say generously, I do no enter open-ended monetary arrangements. I usually have a plan and I stick to it. I prefer to help individuals with specific needs instead of giving general monies to organizations so my money doesn’t “go to waste.” 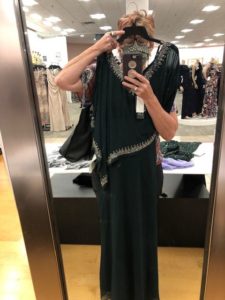 Why is this a big deal?

Jesus tells us, For where your treasure is, there your heart will be also. (Matthew 6:21)

I have been staring this truth in the face and haven’t figured out what to do with all of this yet, but I am keenly interested in being honest about the true state of my heart and learning what He is trying to teach me.

Be brave with me this week. Let God show us the truth about our hearts as we interact with people. What stereotypes flash through our minds? What hesitations creep in and make us hold back? Who do I wave to on my walks, and why don’t I wave to others? Do some people get a nod and others get a smile? Let’s identify all of the lines we draw and make sure each is from God.

Jesus asked the expert in the law, “Which of these three do you think was a neighbor to the man who fell into the hands of robbers?”

The expert in the law replied, “The one who had mercy on him.”

Jesus told him, “Go and do likewise.”

He says the same to us.

Picture Explanation: We are wedding planning. Taking daughters to dinner after shopping for bridesmaid’s dresses, deciding cake flavors and fillings, and shopping for mother-of-the-bride dresses. These are a few of the many things.