Summer Refreshment Series — Why is it so hard to love people? 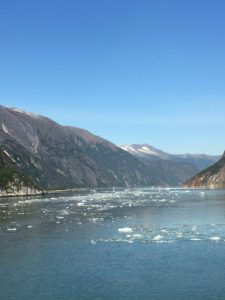 We want to be loving. Many of us get out of bed determined to be loving. But then it’s hard. Really hard. Why? This is why it was so hard for me for so many years to love people.

For my entire life, I have longed to love people well; however, I have struggled to do so. Have I cared about their souls? Yes! Have I cared for them as people? Well, maybe not always. I can see now that people often became an item on my checklist of things to “do” for God. In addition, I thought people were ranked, ordered, and separated into categories of value based on such things as success, capabilities, and appearance. My thinking caused interference in my relationships in the form of competition, comparison, and judgment. As a result, I could only love people with my imperfect love rather than with God’s love. 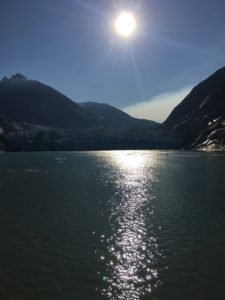 Only after embracing the process of growth and providing the Holy Spirit with ever-increasing access to my heart, did God reveal what was preventing me from offering God’s love to people. There were three barriers that had produced my paltry and categorizing form of love.

First, I didn’t understand I was dead in sin. Dead.

“But because of his great love for us, God, who is rich in mercy, made us alive with Christ even when we were dead in transgressions—it is by grace you have been saved” (Ephesians 2:4–5). As embarrassing as it is to admit, I didn’t think I was as sinful as other people. I thought I was better than others. It seems I believed other people needed more saving than I did. I was unaware that I believed this until I contemplated what dead means. Dead people don’t move. Dead people can do nothing for themselves. That is me, were it not for Jesus, along with everyone else on the planet. We all need Jesus to the same degree. Without Jesus we are dead in sin.

Not only did I not understand I was dead in my sin, I did not understand I had been rescued. “For he has rescued us from the dominion of darkness and brought us into the kingdom of the Son he loves, in whom we have redemption, the forgiveness of sins” (Colossians 1:13–14). In order to be rescued, a person has to be in a helpless and unsalvageable situation apart from outside intervention. I thought 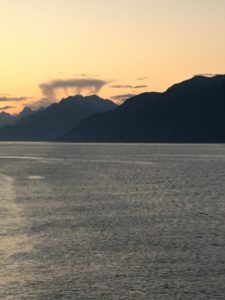 other people needed to be rescued, but that I did not. I was different. Oh, sure, I wasn’t perfect, but I believed that others had been brought to God in ambulances, while I had walked into God’s reception area and wisely signed up for His forgiveness deal. I was smart to come to God in that way. Somewhere along the way I had taken credit for that decision. I finally came to realize that without outside intervention, I would have stayed in my broken state. I am as helpless and in need of Jesus as anyone else on this earth.

Finally, aside from not understanding I was dead apart from Christ and needed to be rescued, I didn’t understand that I had been adopted. “In love, he predestined us to be adopted as his sons through Jesus Christ, in accordance with his pleasure and will” (Ephesians 1:5). Adopting our son allowed me the experience of doing all the work to rescue a child who could do nothing to save himself. Ah, the magic word, nothing.

The light bulb went off again. I didn’t do anything to be adopted into the family of God. God did all the work. I didn’t do anything to hear about Jesus at the age of twelve while others had to wait until much later. I can’t take credit for knowing Him early in life. Just like He did for every person alive, God did all the work to provide a way of salvation. 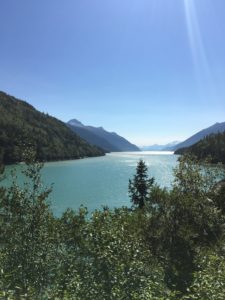 Because God restructured my understanding of what salvation means—that apart from Christ I was as dead as anyone else, that I needed to be rescued just like everyone else, and that I have been adopted into His family by his gracious gift—the layer of being judgmental lifted off. God finally had a woman whom He could begin to teach to love people. Now when I sense the judgmental monster rearing its ugly head, I think to myself: If I had that person’s DNA and his or her exact life experiences, I would
be just like him or her apart from the intervention of God.

Human beings are amazingly the same! We are all dead in a garbage heap called “sinful nature” until Someone comes along to rescue us and adopt us as His own. When it comes to our need for Jesus and the fact that we can do nothing to earn salvation, the ground is level for people of every culture, skin color, intelligence level, appearance, and personality.

Picture Explanation: The summer is officially over, along with the summer refreshment series introducing people to my book. Live ABOVE the Chaos. I hope you were encouraged. I pray that God grows the seeds that were planted and watered in your hearts in these last few months. Do you want to know where this week’s beautiful photos were taken? Tune in next week when I return to writing posts about whatever God puts on my heart each particular week.